Skip to content
Search
Close
Delta Blues Musicians (Part 1)
Where to start on this topic is difficult, but it seems to me the geography is perhaps best. What we now know as the Delta Blues came from (not surprisingly) the Mississippi Delta. This is a region of the United States that stretches from north to south between Memphis, Tennessee, and Vicksburg, Mississippi, and from east to west between the Yazoo River and the Mississippi River. The river being the blood that feeds the land which at one time was not only the heart of slave country but the farms, plantations and agriculture that brought them there to begin with.

Born of hardship, the life of a slave, subject to discrimination, indentured servitude, sharecropping, and mostly just being very poor the Delta Blues has travelled a long long way.
That travel came typically in the form of the Great Migration, identified as beginning around 1916 and lasting through to nearly 1970. Blacks from the south (not just the Delta) travelled north by the millions for higher paying jobs in the industrialized northern United States. In this group of weary travellers were musicians from the Delta region and they had guitars on their backs, harmonicas in their pockets and a unique story to tell. Landing in Philadelphia, Chicago, Detroit and New York City in particular they took up jobs in foundries, factories and slaughterhouses.

As hard as the work was and as long as the hours were, many still found time for music and thankfully some of this music got to be recorded so we can still enjoy it today. I am sharing the influence that captivated the early days of rock and roll and it’s legendary figures who gave new life to this great music. It is also preserved by Blues Artists today and heard in the evolution of Blues music and in its many variations and sub-genres. Here are some of the names, many of which have been sprinkled throughout my blog posts and will continue to be, some you may know, others you won’t but you’ve likely heard their music. Today I will focus on Chicago where many of the greats ended up, at least for a time, writing, singing, playing and recording their music.
One that I’ve mentioned in a previous blog is Arthur “Big Boy” Crudup (August 24, 1905, Forest, Mississippi – March 28, 1974). A guitarist, singer and songwriter who began as a Delta blues musician and later moved to Chicago, where he played what was to be uniquely identified as ‘Chicago Blues’  He started on acoustic and later played some electric guitar as well and was exceedingly talented. He suffered many hardships and was never fairly compensated, a true tragedy but his memory and legacy lives on. Originator of Elvis’s “My Baby Left Me” and “That’s All Right Mama” and also “So Glad You’re Mine”. A playlist of these and additional Crudup songs.
“Mean Old ‘Frisco Blues” written and performed by Arthur Crudup in 1942. Covered at least 48 times.
“Mean Old ‘Frisco Blues” Eric Clapton from ‘Slowhand’ (1977)

He was a relative late comer to the Chicago scene in 1952 having had a successful career before he arrived. He is quoted as saying to the effect- he was the only black person to actually ‘drive his own car’ to Chicago. While a big influence at Chess Records and in the Clubs his record sales did not do as well after his arrival in part due to poor promotion by the Record Company, but he cut many great sides and made a good living touring nevertheless.

“Killing Floor” written and performed by Howlin’ Wolf (1965). This song really shows off how immensely talented he was.

“Killing Floor” by the late and great Jeff Healey. ‘The Jeff Healey Band’ from ‘Live at Grossmans ‘ 1994, released in 2011.
Elmore James (January 27, 1918, Richland, Mississippi – May 24, 1963). An influential slide guitarist, playing both acoustic and electric guitars he was another Delta blues legend and big part of the Chicago blues scene. I mentioned his cover of Robert Johnson’s “Dust My Broom from 1951 in my first post but at least 41 of his original songs have been covered.

“The Sky Is Crying” by ‘Elmo’ James and His Broomdusters, written by Elmore James, Morris Levy, Clarence Lewis and Bobby Robinson. (1960)
“The Sky Is Crying” by Stevie Ray Vaughan and Double Trouble (1991) I read Stevie initially thought he was covering Albert King who recorded this song in 1969 and was a big influence on his career.

McKinley Morganfield know as Muddy Waters (April 4, 1913, Rolling Fork, Mississippi – April 30, 1983). Another slide guitarist and singer who began his career in the Delta but is best known as a Chicago blues musician and one of the most recognizable names in blues. His Grandmother gave him the nickname “Muddy” and at school they added the “Waters” which he later adopted as his stage name. I may blog him on his own but for now here is one of his over 70 original songs that have been covered hundreds of times.
“Got My Mojo Working”by Muddy Waters, written by Preston Foster (March 1957). Here is a live recording from the CBC in 1966, bonus points if you know who is introducing the song!
“Got My Mojo Working” by The Paul Butterfield Blues Band (1965). Paul is a Chicago native and a pupil of Muddy Waters.
James Cotton (born July 1, 1935, Tunica, Mississippi- March 16, 2017). The Blues Harp (10 hole harmonica) virtuoso that played with Howlin Wolf for many years in Memphis and was recruited by Muddy Waters to be his band leader, which brought him to Chicago around 1955. Originally a drummer but also a decent singer in his own right, however on many records his harmonica was what made the greats sound that much better. That’s him in the above video in one of his last live gigs with Muddy before he left to form his own quartet.
“Straighten Up Baby” written and performed by James Cotton (1953)
“Straighten Up Baby”by the Electric Kings (1997)

“Big Bill” Broonzy (born Lee Conley Bradley, June 26, 1903 – August 14, 1958). We aren’t really sure if he was born in Scott, Mississippi as he claimed, as historians place him from Jefferson County, Arkansas which means he was from the Arkansas Delta. Having read a book about him I can tell you he was a striking 6’ 6” tall man and was one colourful character, full of great stories both real and imagined or at least ‘reconstructed’. He was the forerunner of the Chicago blues scene and he helped and influenced Muddy Waters and a legion of others around the globe. A sharecropper, a fiddler and WW1 veteran he arrived in Chicago sometime in 1920. There he switched to guitar and had the good fortune to run across Papa Charlie Jackson, a traveling minstrel who busked at the Maxwell Street Market. Papa got a recording contract with Paramount in 1924 and it was he who introduced them to Big Bill. The second most prolific blues songwriter of his time at 224 recordings and nearly 300 compositions. He was in great demand and toured throughout Europe in the early 1950’s where he influenced Eric Clapton and Keith Richards and other British ‘Invasionists’. Among the first inductees into the Blues Music Hall of Fame, here is his first recording.
“Big Bill Blues”written and performed by Big Bill Broonzy (1927)
“Too Many Drivers”  released as by ‘Big Bill’ (1939) written and performed by Big Bill Broonzy. A great cover by Dana Gillespie (1982)
Bill wrote a protest song in the 1930’s and had a lot of trouble getting it recorded in the US. Listen and you might see why, it was eventually released by a European label in 1951. The song has been used globally in education about racism.
Well, we’ve given early Delta come Chicago Blues a good look. The Delta Blues are still alive in the region and not all the artists left such as the great B.B. King. So there is more to come as each place it landed helped spread the richness of the Delta sound. 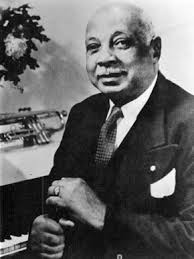 Music Trivia. If Ma Rainey as I have previously blogged was the “Mother of the Blues”, who was the Father?
W.C. Handy. William Christopher Handy (November 16, 1873 – March 28, 1958) did not invent the blues but as an educated man he listened carefully to his fellow African Americans and was the first to formally compose and popularize this type of music. A qualified teacher, musician and man of many skills Handy would become a band leader and the most prolific blues musician and songwriter of the first half of the Century. He became known for spreading the Blues throughout the United States.

Click here for a playlist of all the videos.

If you like my blog, please consider filling in the follow by email link at the top right hand of the page. Remember to confirm the subscription when you get the first email. Confidentiality is assured unless you are a close friend or family member then all bets are off. While I can compile data from my blog it’s not tracking in terms of anyone’s identity. For past blog posts click on the menu at the top right corner. Pass it along to a friend who might enjoy it as well or post it to your timeline on FB or other social media. And many thanks as always for reading my blog!
References https://secondhandsongs.com/, https://en.wikipedia.org/wiki/Main_Page, https://www.deltabluesmuseum.org/, https://en.wikipedia.org/wiki/W._C._Handy, https://www.allaboutbluesmusic.com/the-origins-of-blues-music/