I talked about the beginnings of the rich Blues music scene in Chicago in the “Delta Blues Part 1” in a previous post. Chicago blues evolved from the style of play brought up from the Delta starting with Big Bill Broonzy and followed by many others including the great Muddy Waters. With more; electric guitar, amplification, harmonica and with city and urban related lyrics it became a sub-genre of the Blues referred to as “Electric Blues” and also with development in St Louis “Urban Blues”. 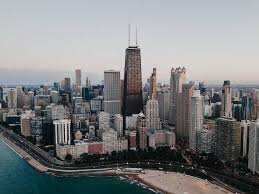 But Chicago is home to more than the Blues though I strongly suggest checking out ‘Buddy Guy’s Legends‘, been there, got the t-shirt. When I blogged Chuck Berry I made reference to his best music coming from Chicago and Chess Records, here is a sampling of some of the more well known artists to either come from Chicago or have their musical genesis there.

Sam Cooke, while born Samuel Cook in Clarksdale, Mississippi in 1931, his family moved to Chicago in 1933 where he grew up. From his early days as a Gospel singer Cooke evolved into a songwriter and record producer. There are so many amazing songs from this beautiful voice and worthy of a blog on his own. “You Send Me” written and performed by Sam Cooke (1957) was his debut single that went to #1 on Billboard’s Hot 100 and the R&B charts. His influence extended well beyond the Chicago music scene as he pioneered the “Soul” music genre. A Sam Cooke playlist.

Kanye Omari West, like Cooke was not born in Chicago (June 8, 1977, Atlanta, Georgia). His parents divorced when he was three years old and his mother took him to live in Chicago. West became involved in the Chicago Rap music business as a writer and producer (actually sampling early soul performers such as Sam Cooke) before bursting on the scene with his own vocal releases such as “Gold Digger” written by Kanye West (Ray Charles and Renald Richard due to the sampling). The song hit #1 almost across the Board of virtually every chart and was nominated for a 2006 Grammy as ‘Record of the Year’ and won for ‘Best Rap Solo Performance’. The later being a bit odd as the song featured Jamie Foxx as a guest vocalist doing Ray Charles “I Got a Woman” which was used briefly in the movie ‘Ray’.

Not surprisingly the band ‘Chicago‘ was formed in Chicago. Their fist release was under the name ‘Chicago Transit Authority’ in 1969 with a double album, this aggressive start earned them a Grammy nomination for Best New Artist and over one million in sales. This single from that first album remains one of their best songs “Does Anybody Really Know What Time It Is?” written by the lead vocalist on the song, Robert Lamm. Here is a playlist of their greatest hits. 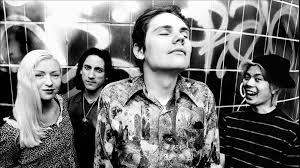 Billy Corgan who was born in Chicago had the ‘Smashing Pumpkins’ in his mind when he returned to Chicago after a brief stint in Florida. He teamed up with another Chicago native James Iha and after a chance meeting and argument at a local club, D’arcy Wretzky was added to play bass and then drummer Jimmy Chamberlin.  After five years of recording they hit #1 with “1979” (1995) written by Billy Corgan.

The Band ‘Disturbed‘ was formed in Chicago, lead singer David Draiman lived in many places before attending high school there and later Loyola University.  I used his rendition of Simon and Garfunkels “The Sound Of Silence” in an earlier post which has an astounding 481 million views on YouTube. One of the most successful Metal bands to have been formed post 2000, their first big #1 hit was another cover a 1986 song from Genesis; “Land Of Confusion“(2006), written by Mike Rutherford, Tony Banks and Phil Collins. 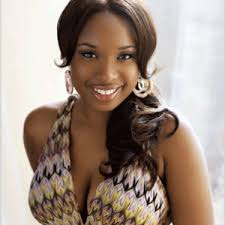 Jennifer Hudson was born September 12, 1981 in Chicago, Illinois. She grew up in Chicago and after home sickness brought her back from Langston University in Oklahoma, she attended Kennedy–King College. You likely know she was a contestant on American Idol in 2004 and was eliminated after the Top 7 round. In 2005 she landed a role in the movie “Dreamgirls” and the rest as they say is history. ” And I Am Telling You I’m Not Going” lyrics by Tom Eyen and music by Henry Krieger, clearly one of the best vocalists in music today.

According to Wikipedia “The name “Chicago” is derived from a French rendering of the indigenous Miami-Illinois (Algonquin language) word shikaakwa for a wild relative of the onion, known to botanists as Allium tricoccum and known more commonly as ramps. (add a ‘c’ to the last word if you eat too many). The first known reference to the site of the current city of Chicago as “Checagou” was by Robert de LaSalle around 1679 in a memoir. Henri Joutel, in his journal of 1688, noted that the eponymous wild “garlic” grew abundantly in the area.
Now the fifth largest City in North America just behind Toronto at 2.7 million and a Metropolitan area of 9.5 million it’s known for finance, commerce, industry and transportation. It seems Chicago is moving up the ranks as one of the best big cities to live in the USA.

A good place to end is with a rendition of “Sweet Home Chicago” by the Blues Brothers (first recorded by the legend Robert Johnson in 1936). Best of luck to two of the most important people in my life 💕.

If you like my blog, please consider filling in the follow by email link at the top right hand of the page. Remember to confirm the subscription when you get the first email. Confidentiality is assured unless you are a close friend or family member then all bets are off. While I can compile data from my blog it’s not tracking in terms of anyone’s identity. For past blog posts click on the menu at the top right corner. Pass it along to a friend who might enjoy it as well! And many thanks as always for reading my blog!