Skip to content
Search
Close
Happy Independence Day/4th of July to our American Cousins! Seems appropriate we ( July 1, in Canada) have our birthdays so close together. And a hello to my new readers from blogarama.com! 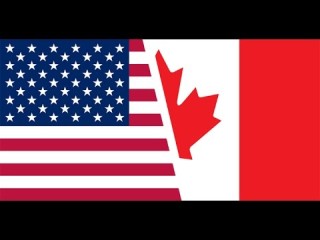 When it comes to cover songs, I will never run out of blog ideas from the south, particularly when it comes to the roots of the blues, country and rock. Today I wanted to find some songs about the USA that focus on a Patriotic theme (not hard to find) but also have been a) covered by other artists and b) some that are not necessarily as ‘pro’ or at least painting a not so positive light on an aspect of American society and c) have been perhaps mis-interpreted by some.
“Born in the U.S.A.” written by Bruce Springsteen from the album of the same name released in June 1984. My youngest sister and I went to see Bruce at the CNE stadium during this tour in July 1985, as always with Bruce, a great show. I have attached a link that includes lyrics, so you can see that this song is not very complimentary of the US involvement in the Vietnam War. Yet its anthem like format and the repeating of the “Born in the USA” line has made it somewhat of a point of nationalistic pride, rather than the anti-war protest song that it is.
Covered over 25 times, although most of them are not very good.
Jason Isbell & Amanda Shires, Guillotine Riot 2018
Neil Young and Crazy Horse covered this in 2014, interesting fact that Bruce and Neil shared a band member, Nils Lofgren was a founding member of Crazy Horse and later joined the E-Street Band.
Dierks Bentley, “Home” written by Dan Wilson, Brett Beavers and Dierks Bentley (Dierks played my hometown of  London June 30th, 2018). Clearly a patriotic tribute to the USA. Covered by Dan Wilson one of the co-writers
The Beach Boys “Surfin’U.S.A.” (1963) written by Brian Wilson (Mike Love uncredited) and Chuck Berry. Wait, Chuck wasn’t in the Beach Boys! Seems the writer(s) of the song followed the tune “Sweet Little Sixteen”, as I understand the story Chuck heard the song Surfin’ USA, and immediately recognized his song. Long story short Chuck got added to the songs credits, no doubt lawyers and record exec’s got involved, money changed hands, royalties paid and everyone is happy! It’s an upbeat song about the cool surfing crowd in the 1960’s, with a nod in the song to an Australian beach as well.  I know I’m not the only one to question Brian Wilson…while quite proper to acknowledge the amazing surfing in Australia, but why then call the song “Surfin’ U.S.A.”? Should be ‘Surfin mostly in the U.S.A’! Nevertheless a great song!
Blind Guardian (1996), Jesus & Mary Chain (1988), Chris Farmer (2008), Chris toured with the Beach Boys from 1997-2007.
Lee Greenwood “God Bless the U.S.A.” seems to top the list as the most popular pro America song and there’s no misinterpretation here. Covered about 20 times to date. Written by Lee Greenwood.
Covered by Home Free (2007)

Toby Keith is all over this Patriotic list with “American Soldier”, “Made in America” and “Courtesy of the Red, White and Blue“.
“American Soldier”written by Chuck Cannon and Toby Keith released in 2003, cover by the Deltones (btw not the Australian group “The Deltones”)
Interesting that this category includes songs (popular in the U.S.) written and recorded by Canadians, that being a previously blogged song “American Woman” by the Guess Who and “Rockin’ in the Free World” (aka the USA), by Neil Young.
References; https://secondhandsongs.com/, https://en.wikipedia.org/wiki/Main_Page, https://www.hollywoodreporter.com/lists/born-usa-17-americas-patriotic-patriotic-musical-offerings-1017055/item/patriotic-songs-made-america-kanye-west-jay-z-1017111, https://www.rollingstone.com/country/news/hear-dan-wilsons-version-of-dierks-bentleys-home-w485192, https://www.usatoday.com/story/life/music/2018/06/29/misunderstood-patriotic-songs-fourth-july/739527002/, https://www.billboard.com/articles/news/7849401/fourth-of-july-4th-songs-youtube-best-springsteen, images from; https://www.biography.com/people/toby-keith-16549809,&nbsp;
https://niagaraatlarge.com/2010/07/01/celebrating-canada-day-and-the-fourth-of-july-through-fearful-turbulent-times/, youtube.com.

If you like my blog, please consider filling in the follow by email link at the top right hand of the page. Remember to confirm the subscription when you get the first email. Confidentiality is assured unless you are a close friend or family member then all bets are off. While I can compile data from my blog it’s not tracking in terms of anyone’s identity. For past blog posts click on the menu at the top right corner. Pass it along to a friend who might enjoy it as well or post it to your timeline on FB. And many thanks as always for reading my blog!