History of Bluegrass
If we look at the roots of Bluegrass music, it most certainly begins in large part with the arrival of Scottish and Irish immigrants to the area known as Appalachia as early as the late 1600s, but in greater numbers from about 1720 throughout the 1800s. Appalachia is part of the Appalachian Mountains which geographically extend from Newfoundland to Alabama for over 2000 miles. It seems the name Appalachia and Appalachian have become somewhat interchangeable. You can see the area on the map inset below. 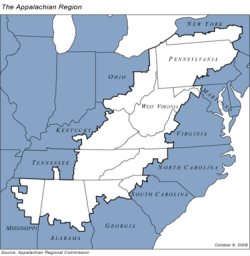 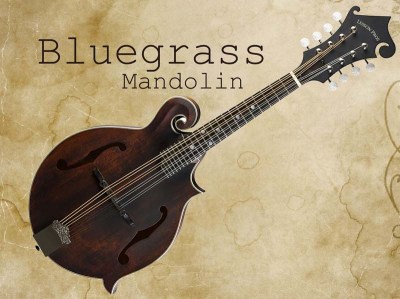 I mentioned at the beginning it’s acoustic roots as the genre predates electrified instruments, so do of course Blues, Jazz and Country. The five string banjo would become the instrument of choice in Bluegrass and is still played acoustically, however, blended with the traditional many electric instruments have been, and still are often used in today’s Bluegrass recordings and performances. There are electronic versions of the primary instruments; the guitar, mandolin and sometimes even a hybrid banjo as well, along with the above mentioned Dobro (which has become a generic name for any resonator guitar). And the good old stand-up bass has been sometimes replaced by the hard bodied electric bass guitar. Also used are the lap guitar, steel guitar, the mouth harp, accordion, drums, the triangle and other percussion instruments often make appearances as well. And while associated with many Old Time genre the harmonica is rarely used in Bluegrass. The banjo, fiddle and mandolin are very strongly associated with the genre but I have to point out there is much related music with these instruments that is not Bluegrass.
Here is a good opportunity to talk about this, especially given the banjo is so closely tied to Bluegrass, the Appalachian region and much of the Southern US. I believe it is important to know about the introduction of the instrument. Briefly, according to my research it’s origins have been traced by historians, musicologists and others from West Africa to the Caribbean to Black American Slaves. Before the abolishment of Slavery in 1865 the banjo rarely traveled far in the hands of Black people, although the instrument was used very sparsely in the Northern US.  As the instrument construction itself evolved it was being taught by Slaves to the White Plantation owners, workers and musicians. So it became the domain of the White musician and part of blackface performances which existed prior to, but were most popular from the 1830’s through to as late as the very early 1900’s.  American craftsmanship and knowhow would look after the availability and further refinement of the banjo. Through the travels of these White players, bands and Minstrel shows the banjo was introduced throughout the US, though most frequently in the South, including Appalachia. In small numbers after 1865 there were ‘all Black’ troupes as well as the many lone itinerant Black musicians. But buy this time for Blacks the banjo had lost its appeal due in great part it seems to this appropriation and blackface performances of white people. Most then took to the guitar as the instrument of choice. Nevertheless in these early days there were both Black and White musicians who spread their banjo, fiddle and guitar playing in various genre throughout the US, Canada and Europe.
Both Black and White artists would create, develop and share the many diverse playing styles with three finger picking (known as Scruggs Style) being most associated with Bluegrass. There were many noted banjo players from Tennessee, Kentucky and the Carolina’s using the frailing or claw hammer method typically associated with Old Time/Folk/Country genres and not so much with Bluegrass. This diverse instrument was introduced into Irish Folk music as a five string tenor banjo with a picking style that originated in Appalachia. There is also a Dixieland Style and we fortunately see the banjo appear frequently in other genre as well.
Bluegrass Timeline
Here is a bit of a musical timeline of Bluegrass and I have included some cover songs at the end to show just how diverse it can be.
We begin with influencers in the region regardless of genre from the first days of mass recorded music in the 1920’s through to today. While it’s heyday lasted only from the mid 1940’s to early 1950’s it’s never gone out of style in many circles and there is some evidence its been making a comeback. From a personal standpoint I think this genre and it’s many talented artists is vastly underrated. Many of these early artists were self taught, while they may have picked up a playing/singing style or a few pointers here and there what you hear is pure raw talent.