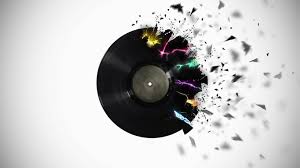 There are so many different achievements that artists and their recorded music have attained and here I have highlighted some that I found interesting. I will stick to chart achievements today and perhaps I will do an awards post in the future. So you won’t find many big surprises and some references may be a bit obscure (but worth a mention). Many of these stats are current up to 2018/2019. Some may be a bit older as calculating them has become increasingly more difficult with streaming services challenging the traditional charts on many fronts. The lists also come from different organizations and most are skewed towards music from the US, adding in the UK and Western Europe to some degree. In large part it is because the major organizations like the RIAA (Recording Industry Association of America) and Billboard are American, not to mention the largest consumer base resides in the US. As I was editing I found there was too much for one post so I will spin off my focus (for the most part) on R&B artists and charts as the history there is very interesting and enough for a stand alone.

According to the RIAA the top ten selling albums as of April 2019 rounded to the nearest million in sales.

Also at 20 million we have Shania Twain with Come on Overjust ahead of The Beatles Album – The Beatles (The White Album) at 19 million.

There is much to be debated about these numbers; as I mentioned, they are American based, but they also include several Greatest Hits Albums which could be considered as an anomaly of sorts. The perspective of genre, buying habits and time in history must be considered as well. However, to the pocket books of those record companies and publishers who have benefited, this matters little I suppose…and we won’t be passing the hat for these artists to be certain.

If you aren’t a Beatles fan, and I know you’re out there, you might think that being number 12 confirms they aren’t as popular or talented as the other artists on the list. To allay any thoughts, you may have wandering in that direction, let me lay out a couple stats to the contrary.

Cumulative album sales, according to RIAA, still place The Beatles at number one, followed by Garth Brooks, Elvis Presley, the Eagles and Led Zeppelin. The Beatles are number one on the Top 10 Hot 100 artists of All Time (1958–2018). They hold the most number-one singles (20), the top one being “Hey Jude”. They hold the most consecutive weeks (12) simultaneously topping the Hot 100 for singles and Billboard 200 for albums, “I Want to Hold Your Hand”, “She Loves You”, “Can’t Buy Me Love” and albums, The Beatles and Meet the Beatles!

In contrast, if we look at Billboard’s list of top albums for both sales and chart position combined, we have:

The IFPI (The International Federation of the Phonographic Industry) tracks global sales and this is a more realistic look at where things currently stand.

7. BTS (also known as the Bangtan Boys, yep had to look that one up!)

Lots of interesting things there: Billie Eilish already at #4 after just three years on the music scene, Queen (in part thanks to the song and the movie Bohemian Rhapsody) at #5 and the ubiquitous Beatles still hanging in there at #10!

Country Music is very much its own genre, though it’s already been represented above by Garth Brooks and in part by Taylor Swift’s early career. The occasional crossover hit song will leak off the Country lists on to the Pop ones but if we look at the history of the charts themselves, like any of the major genres, there have been many changes.

Prior to the 1940s there were not any charts tracking Country and Western Music (C&W). In fact, not until 1944 did these songs end up on the Folk Music Charts. The first Billboard chart to target C&W music was Country & Western Records Most Played by Folk Disk Jockeysin 1949. Similarly, Cashbox Magazine had The Nation’s Big 5 Hillbilly, Folk & Western Juke Box Tunes in 1947 and by 1954 this had become Country Best Sellers in Retail Outlets. While there is still a Cashbox online presence, they don’t really stand up against Billboard, especially after the demise of the printed magazine in 1996. And as Billboard continued to change its format, by 1958 Country songs evolved from Hot C&W Sides to Hot Country Singles from 1962 to 1990. A couple more changes took place and we now have the Hot Country Songs and Country Airplay charts.

This convoluted chart history makes tracking Country music a bit difficult, but there are some highlights which name the past greats of genre.

The Most Top 40 Country hits:

The Most Top 10 Country singles:

The Most #1 Country songs:

Conspicuous by their absence in the above lists are female Country artists. Unfortunately, there are very few all-time achievements held by women in this genre. This is not surprising considering the amount of airplay given to female singers has been chronically very low. Studies by Canadian Musicologist Dr. Jada E. Watson show a decline from about 33% airplay in 2000 to 11% in 2018. In 2019, female Country artists were only given about 10% of the airplay! She also found a disproportionate amount of the airplay for female artists happened during non-primetime listening hours. While I have not seen studies on other years, one need only look at the past charts to see this problem appears to have a long history.  I would speculate that the 33% in 2000 was likely a peak for female artists. However, there is one outlier in the Country record books. Billboard’s #1 ranked Country album of all time is Come On Over released in 1997 by Shania Twain. This album also produced a record-breaking eleven songs in the top 30 and three of them hit #1.

Notable women in Country Music chart history includes names we all recognize; Dolly Parton and Reba McEntire are tied at 25 #1 songs, putting them into the top 10 overall. Dolly has charted 44 top 10 albums, more than any other artist, male or female. Taylor Swift with all her stunning success is one of the world’s all-time best-selling artists but is barely a blip on the Country Charts radar as her music very quickly switched to the Pop music genre. However, she set a record for female artists with 9 weeks at #1 on the Top Country songs chart with “We Are Never Ever Getting Back Together”. Connie Smith held the record of 8 weeks before that with her song “Once a Day” from 1964.

For singles, there are many interesting milestones such as the 19-week tenure at #1 of “Old Town Road” by Rapper Lil Nas X, released in December 2018. It was re-released by Columbia Records in March 2019 and Lil Nas X also released a remix with Billy Ray Cyrus on April 5, 2019.

As of today, Madonna has been joined by Drake at the number one spot with the most top 10 hits at 38. Drake also has the most top 40 hits. For their first charted songs Madonna started in 1983 with “Holiday” and her most recent is “I Don’t Search I Find” which entered the Dance Charts earlier this year. Madonna is the most successful solo artist on the combined Billboard charts holding records for the most #1’s, the most #2’s (12) and the only artist to hit a Billboard chart for five consecutive decades. Drake first entered the top 10 with “Pain 1993” and most recently with songs from Dark Lane Demo Tapes. Drake has been making history with the most Billboard Hot 100 appearances of all time and the first male artist to debut three songs at #1 behind Mariah Carey who did it in the 1990s.

How do the singles from Madonna and Drake compare to the singles from The Beatles? The Beatles, despite being the most successful recording artists overall, are at #3 with 34 top 10s achieved in only six years. Madonna passed them in 1994 taking just eleven years. Drake, who tops the Rap, R&B and overall Billboard charts with the most #1’s, surpassed The Beatles after a 13-year span with his 2016 hit “Money in the Grave”.

Despite the culturally insensitive name, Sam the Sham and the Pharaohs had two big hit songs, “Li’l Red Riding Hood” (#2 in 1966) preceded by “Wooly Bully” which stayed on the Hot 100 for 18 weeks, 14 of those in the Top 40. While “Wooly Bully” peaked at #2 in June of 1965, its record-breaking performance was twofold. Firstly, it was the Billboard Number One Record of the Year of 1965. This had never been achieved by a song that did not reach #1, and it held that distinction for 35 years until Faith Hill’s “Breathe” did so in 2000. Secondly, the song was the first American single to sell over one million copies since the arrival of The British Invasion, sparked of course by The Beatles in February of 1964.

Several songs reached #1 a second time when covered by a different artist:

“I Will Always Love You” written and recorded by Dolly Parton in 1974 was only the second song (after Chubby Checker’s “The Twist”) recorded by the same artist to reach #1 on the charts twice, first in 1974 and again in 1982 when re-recorded for the movie The Best Little Whorehouse in Texas. Then there is the very exceptional version by Whitney Houston from The Bodyguard soundtrack in 1992. Her version became a record-smashing hit which returned the song to #1 once again. To my knowledge this is the only song in history to reach #1 three times.

For the most consecutive #1 singles, the record goes to Whitney Houston at 7, starting with “Saving All My Love for You” (1985) and ending with “Love Will Save the Day” (1988). Next, The Beatles and the Bee Gees with 6.

Mariah Carey holds the record for the most consecutive years charting a #1 single at 11 starting with “Vision of Love” in 1990 through to “Loverboy” in 2001. The runners-up are not even close with Elvis and The Beatles at 7 each. Carey also holds the singles record for the most cumulative weeks at #1 at 82, followed by Elvis at 79, Rihanna with 60 and The Beatles at 59.

Trivia: Who was the only artist other than The Beatles to have albums at both #1 and #2 simultaneously?

If you like my blog, please consider filling in the follow by email link at the top right hand of the page. Remember to confirm the subscription when you get the first email. Confidentiality is assured unless you are a close friend or family member then all bets are off. While I can compile data from my blog it’s not tracking in terms of anyone’s identity. For past blog posts click on the menu at the top right corner. Pass it along to a friend who might enjoy it as well or post it to your timeline on FB. And many thanks as always for reading my blog!