Last but not least, 25 more of the Greatest Cover Songs

Ok here is the last of my list, I could go on and as a matter of fact I will, just not with another set of 25 plus “to infinity and beyond!” I have to say it was easy to come up with more songs to complete the total of 100 as this final list started at 43. But it was very difficult to decide which ones would make the cut, so these last 25 songs became a list with a number of great ones left for another day.

76. “Flip Flop and Fly” is a song by the same collection that brought us the classic “Shake Rattle and Roll” written by Jesse Stone (credited to his pseudonym Charles E. Calhoun) and Lou Willie Turner, sung by Big Joe Turner (1954). The first time I heard this song was at a club in my hometown I’ll say around 1979 or so, performed by the talented Canadian Blues band Downchild Blues Band(1973), later known as just ‘Downchild’. Still the best cover for me although I’ve heard many fine ones out of some over 70 versions, this is a standard blues song sung in venues around the globe. Have a listen and you’ll hear I’m not just being a homer, it really is a well made piece of music. I was fortunate there were a few places noted for booking blues artists like the amazing Matt ‘Guitar’ Murphy and attending them with my buddies-for just the music you understand, got me hooked on the genre. I have to sneak in this version from the Geraint Watkins Band (1978) who is a real blast to see perform live.

END_OF_DOCUMENT_TOKEN_TO_BE_REPLACED

25 more of the Greatest Cover Songs

There has been a very positive response to the first two ‘Greatest’ posts. So the list continues and the songs become no less in their timeless quality compared to numbers one through fifty. I will post a #76-100 edition soon.

51. “I Put a Spell on You” written and originally recorded by Screamin’ Jay Hawkins in 1956. There have been many really good covers of this song but Nina Simone (1965) was just the second person to cover this song. I just can’t get over how overlooked this artist was in her time, a high class version that turns the song on it’s ear to give it an entirely different sound. END_OF_DOCUMENT_TOKEN_TO_BE_REPLACED

In part one I listed 25 of the greatest cover songs and to date it’s been one of my most viewed blog post. There are so many more added to the list so I’ve updated the posts on #’s 51-75 and 76-100 and will publish those as well.

This list in part comes from many of the songs that I have already posted since I started blogging. As for how songs make it on my list there are a few criteria, while I don’t dismiss music from more recent years a song has to have stood the test of time for me, hence much of the list are songs of some vintage and just plain old, like the writer. Next, the original song itself must have some character and some degree of popularity. And preferably the artist and or songwriters are of interest as well. I have read other lists of great cover songs from books, articles and google searches and you’ll find much similarity, but some of them contain songs I just don’t think warrant the attention or at the very least should be much lower on the ‘great’ scale. Last but not least I have to like the songs and most of these I put on my ‘songs I love’ list. END_OF_DOCUMENT_TOKEN_TO_BE_REPLACED

Nothing quite grabs the attention more than a list of the greatest this or that, so at 85 into what now is 162 posts about cover songs, this one has been updated with new links. As I advised with my other ‘Greatest’ posts we all have our favorites so anytime there is a list, something or someone ‘great’ gets left off. And the debate ensues, why is this and that at #11 not #4 and vise versa. My list therefore, shall be no different for it is not scientific but subjective and it is biased by my own tastes and exposure to music. Having said that it’s hard for me to have missed many of the truly great cover songs of all time, indeed I think I’ve talked about quite a few:

END_OF_DOCUMENT_TOKEN_TO_BE_REPLACED

The Ukraine is under siege and many around the world are witnessing the horrors of war in real time. Many of us are doing what we can be it financial contributions, political pressure or spiritual support. Some may debate whether we should be listening to music at this time but in truth life goes on for the rest of the world and if we keep the Ukraine and the people in our thoughts and prayers, that is at least something. I write a blog about Music and not that I think this post will change what is going on but for me personally the research itself gave me a new appreciation for the music of the Ukraine. Here in Canada we have a special relationship with the people as we are have the third largest population in the world of those with Ukrainian origin at approximately 1.4 million. For the most part I “stick to my knitting” in my choice of topics but today I felt compelled to go a bit beyond. For so many there is little time for music now, however as we all hope for the future of a free Ukraine, the spirit of the people will always remain and their songs will play a big part.

END_OF_DOCUMENT_TOKEN_TO_BE_REPLACED

This is the 1970’s continued from Pt. 1 and just a reminder that I have short formed the Rolling Stone Magazines 500 Greatest Songs of All Time to 500 Greatest . The Rolling Stone list has been revised three times and to maintain the 500 number, songs have been subtracted from prior lists. The Rock and Roll Hall of Fame 500 Songs that Shaped R&R (500 Shaped) has been updated, no songs were dropped and it now includes another 160 songs and is simply referred to as ‘The Songs that Shaped Rock and Roll’. On the expanded list I found the 1970’s only had minor additions, hence my reference to the original titles as it just makes an easier comparison, at least for my purposes.

On the Pop charts we had Elton John with three #1 songs “Philadelphia Freedom” being one, KC and the Sunshine Band had two #1’s “That’s the Way (I Like It)” hit two different times, Neil Sedaka had “Laughter in the Rain” and “Bad Blood” and he co-wrote and originally recorded “Love Will Keep Us Together” in 1973 and the cover version hit #1 for four weeks, sung by The Captain & Tennille.  END_OF_DOCUMENT_TOKEN_TO_BE_REPLACED

There is too much to talk about for the 1970’s so I’ll split this one up. Parts one and two will largely focus on songs and charts by year and part three I will look at genres, key artists, trends and cultural impact. I have touched on this decade in many of my posts, for me personally the 70’s is the more formative era for my musical experience. Many of us cling to the music of our youth, for me talking about this time takes me from late elementary, then high school through to college.

If you read my post on The 60’s I described it as the decade with the greatest change and the most impactful era of Popular music, and I stand by that assessment. However if you take any stretch of 10 years of music you will see if not a new genre, then several sub and sub sub genre. The 1970’s produced some of the greatest music of any era. Staying true to my mandate I have to point out that cover songs play an important part. They sometimes appear on the charts years after the original, as a result when tracking cover song statistics there are a number of data points that alter a songs place in history.  END_OF_DOCUMENT_TOKEN_TO_BE_REPLACED 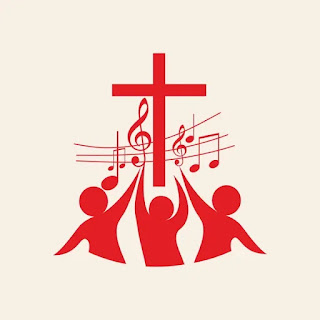 What do you think of when you hear the words Gospel Music? It depends on your background to a great extent, such as religious ties and beliefs, geography, family, ethnicity, and what music you have been exposed to, not to mention personal preference. My interest leans toward the impact that Gospel has had on Popular Music. A brief look at the history shows us Anglican Church roots dating back over 250 years such as “Amazing Grace” (1772) written by the Cleric John Newton, or “Rock of Ages” (1763) written by Reverend Augustus Toplady. The term is believed to have been first printed in the 1874 publication by Philip Bliss, Gospel Songs: A Choice Collection of Hymns and Tunes. There is, as we all know many types of Spiritual Music that is tied to Indigenous Peoples around the world, not to mention ritual songs from many different faiths and beliefs. But today the music focus is about the Gospel rooted in the American South.

END_OF_DOCUMENT_TOKEN_TO_BE_REPLACED

Whether you view the upcoming holidays as a secular event, religious or a bit of both there’s one thing that’s synonymous with this time of year- Christmas songs! You don’t have to celebrate Christmas as a religious holiday to enjoy a good song. Maybe you celebrate “Festivus” on December 23 which is a fictional/parody holiday created by Daniel O’Keefe of Readers Digest fame, it was of course made popular by Seinfeld as an alternative to Christmas. The topic of many songs is based on love, family and fellowship. So what’s wrong with that? Nothing I say! I have issued a post each year at this time and because of that I’m getting lazy this year and including much of that material with updated stats and links in today’s post. END_OF_DOCUMENT_TOKEN_TO_BE_REPLACED

Writer James L. Dickerson coined the brilliant term Mojo Triangle in 2005, before I learned of it I had referred to the area as the reverse Bermuda Triangle of music. This (among other things I’ll admit) is why I write a blog and he is the award winning author of Mojo Triangle: Birthplace of Country, Blues, Jazz and Rock ‘n’ Roll. I confess I haven’t gotten round to reading it yet but I’ve been itching to write about the area for some time and I have researched the names and places for several years now. The ‘triangle’ refers to the geographic region with Nashville, Memphis and New Orleans as the three corners. The states of Tennessee, Mississippi, Alabama, and Louisiana are at the core. We know it as part of the “Deep South” and it’s been referred to by other music related terms that pre date the ‘Mojo’ handle such as “America’s Musical Triangle” and the “Americana Musical Triangle”. But quite appropriately adding the noun Mojo conjures up a mysterious and magical aura. END_OF_DOCUMENT_TOKEN_TO_BE_REPLACED